Robert Dixon mentions my themes (itinerancy, reproducibility and portability) in his
review in AAANZ Journal of Art.

This review by my old colleague Sasha Grishin means alot to me!  Canberra Times 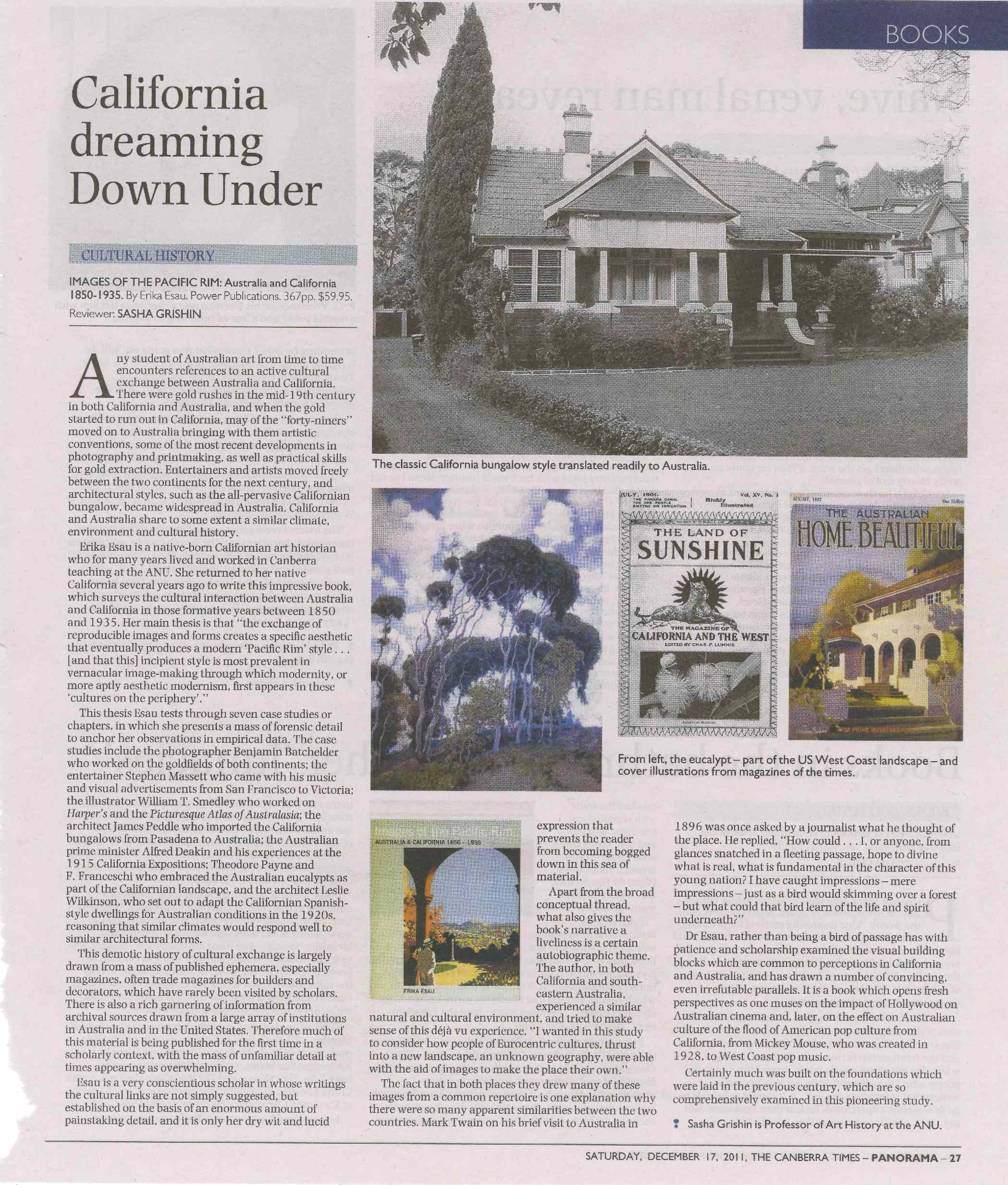 Here's a really nice review in Library Journal,
April 15, 2011, by a librarian at Berkeley Public Library. 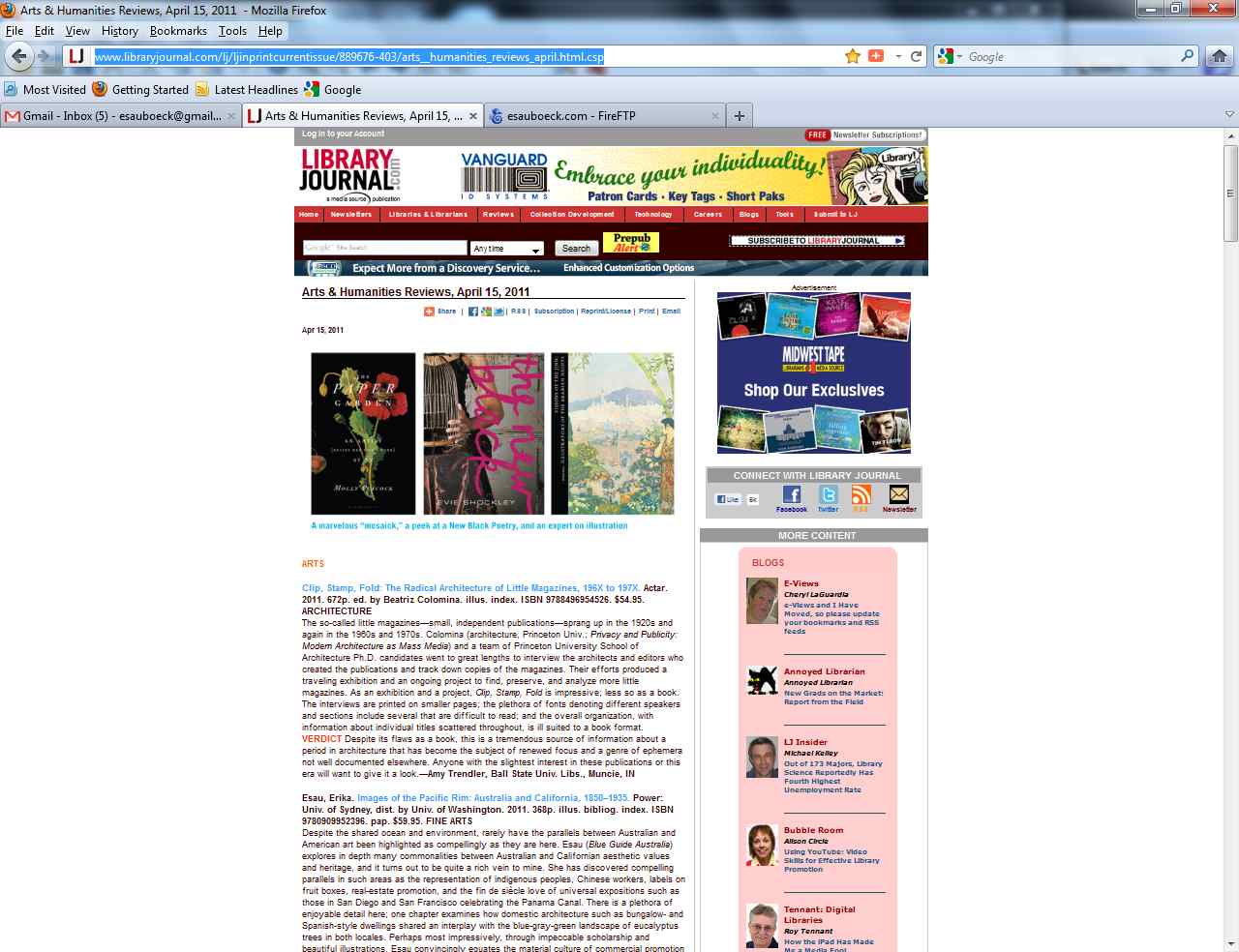 Despite coping with the effects of the Brisbane
flood, Prue Ahrens wrote this review
for the  Journal of Design History: 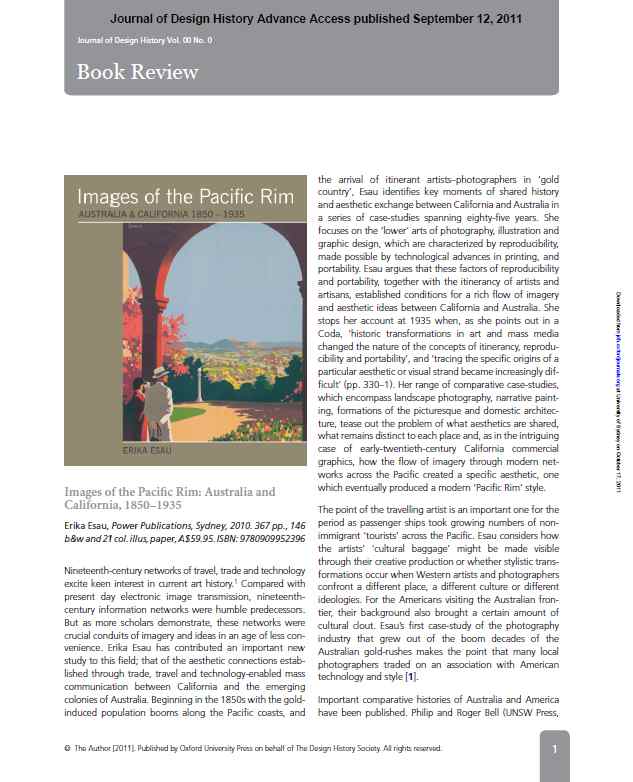 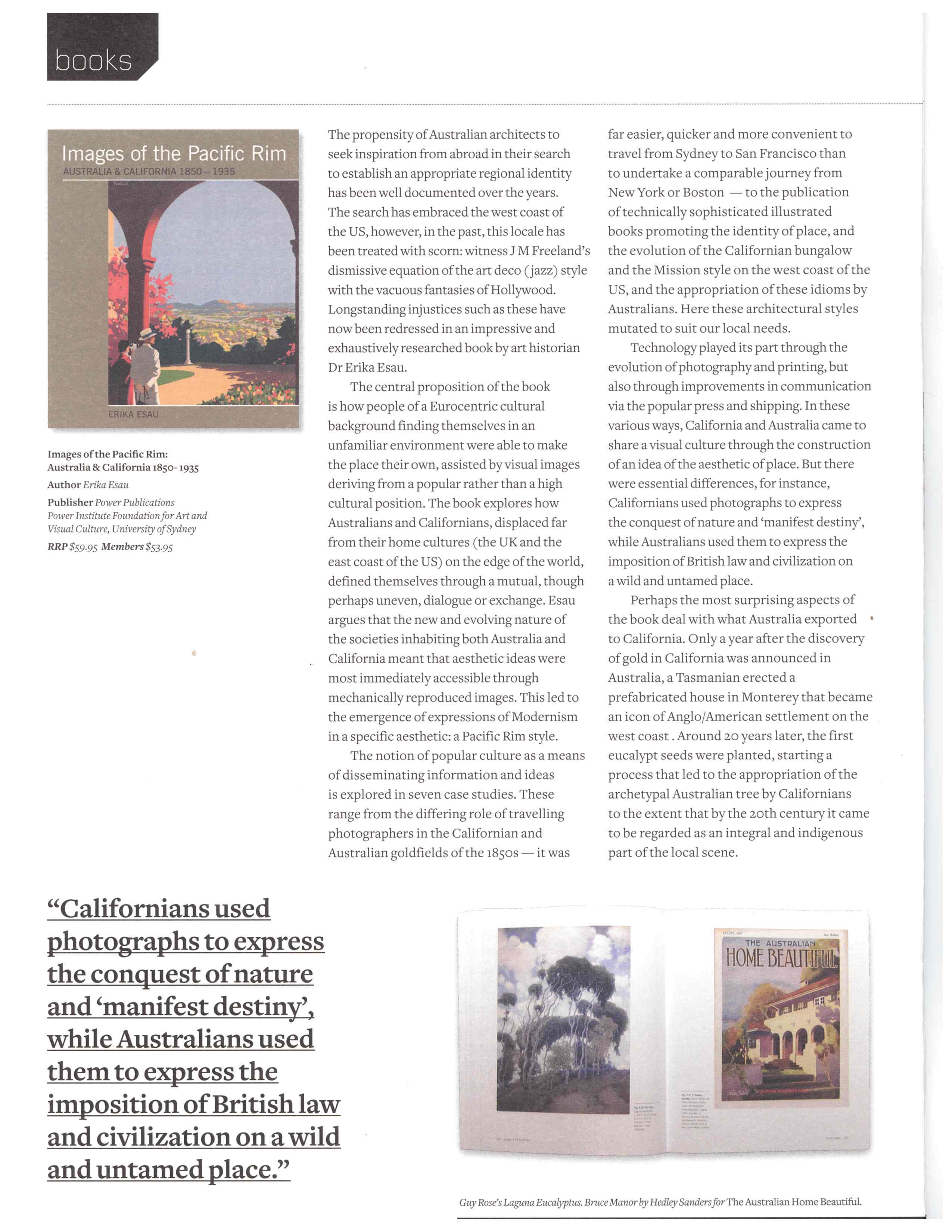 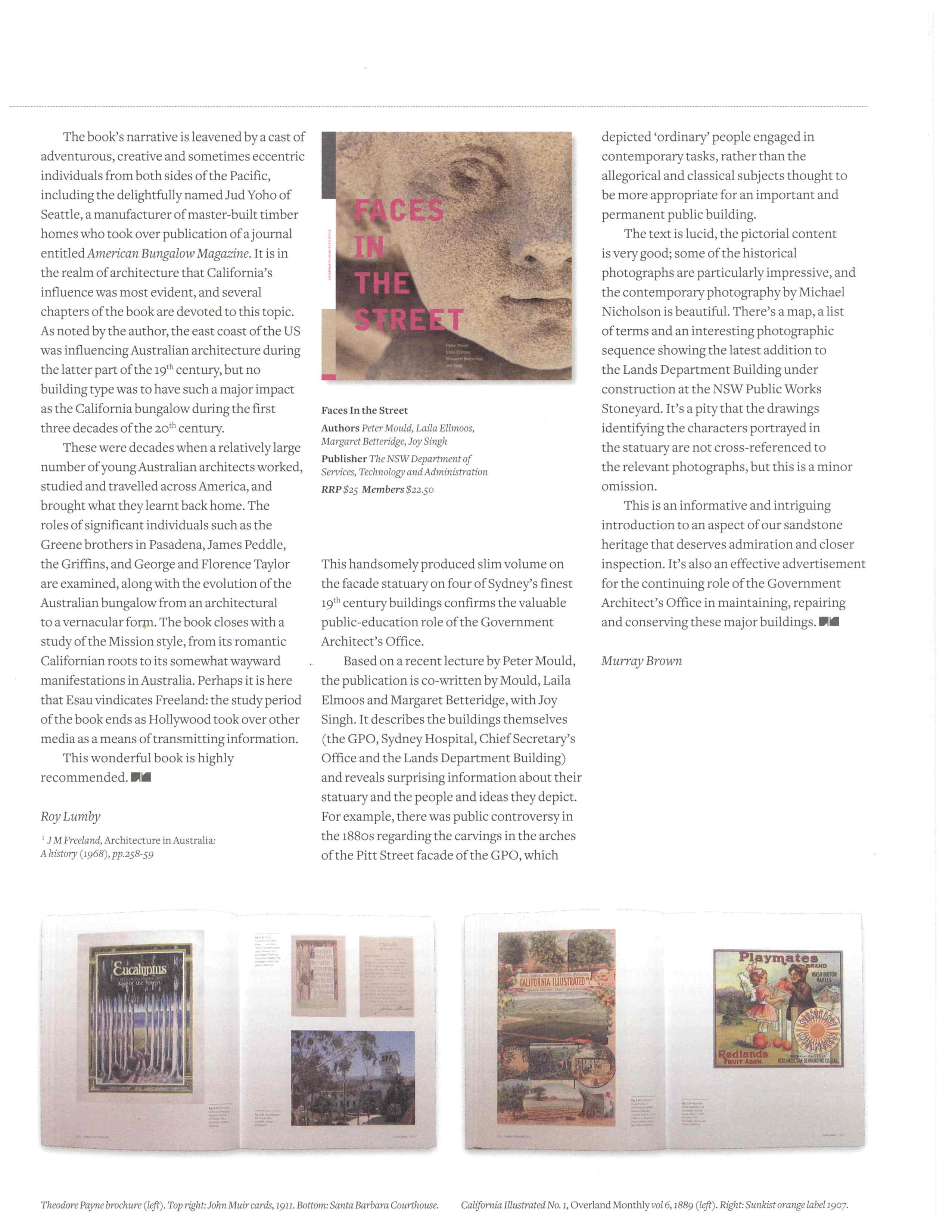 LECTURES IN THE U.S.:

Wednesday, September 21, 2011, 6:00pm: State Library.
Maybe the first of some more lectures!  This one coming shortly in Sacramento at the State Library, part of its Food For Thought: Thinking and Talking at the California State Library.  The doors open at 5:00pm for a 6:00pm start. 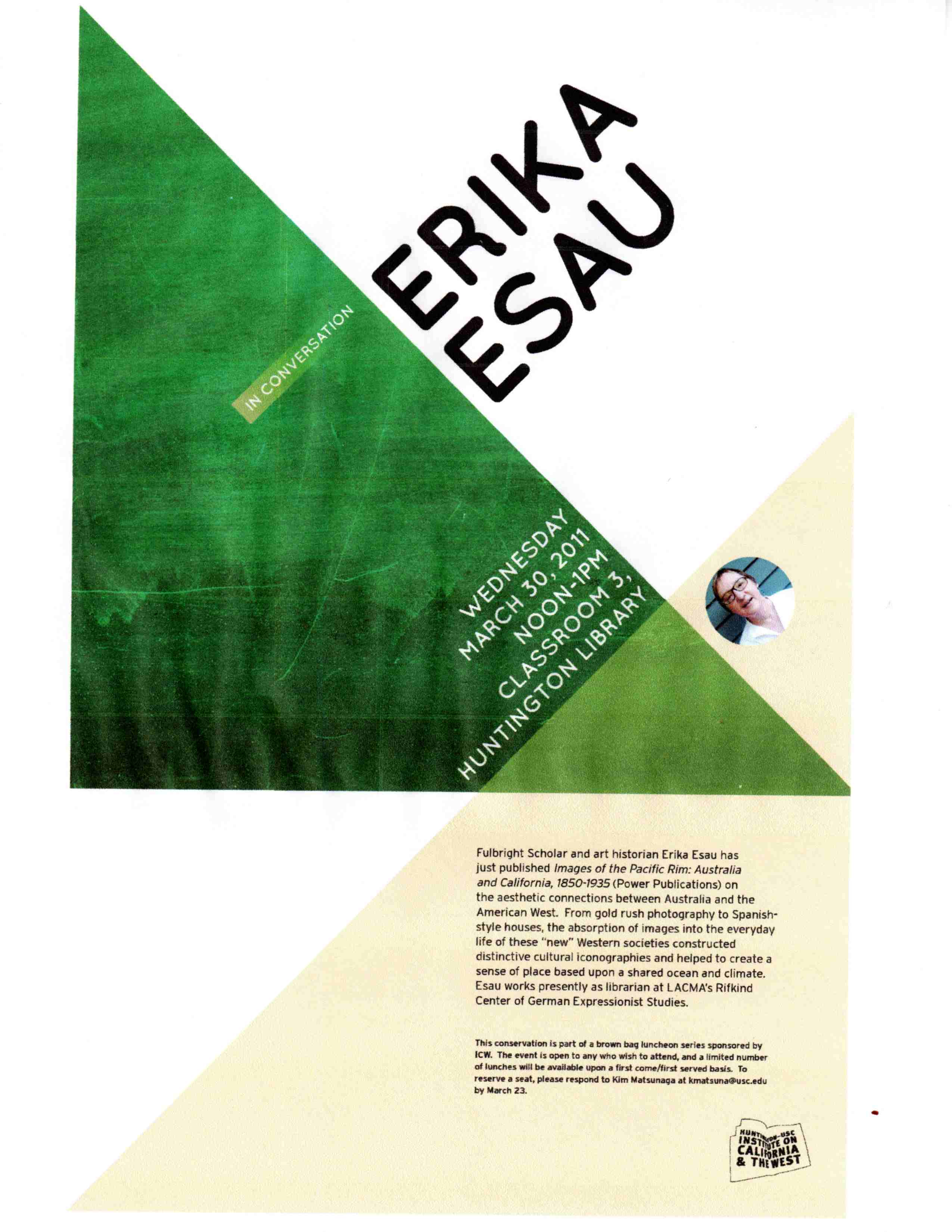 Fulbright Scholar and art historian Erika Esau has just published Images of the Pacific Rim: Australia and California, 1850-1935 (Power Publications) on the aesthetic connections between Australia and the American West. From gold rush photography to Spanish style houses, the absorption of images into the everyday life of these “new” Western societies constructed distinctive cultural iconographies and helped to create a sense of place based upon a shared ocean and climate. Esau works presently as librarian at LACMA’s Rifkind Center of German Expressionist Studies.

This conservation is part of a brown bag luncheon series sponsored by ICW. The event is open to any who wish to attend, and a limited number of lunches will be available upon a first  come/first served basis. To reserve a seat, please respond to Kim Matsunaga at kmatsuna@usc.edu by March 25.

I wish you all could have been there: 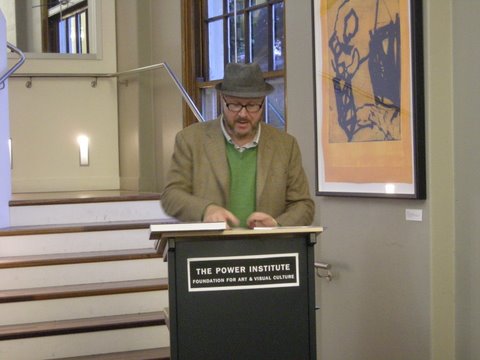 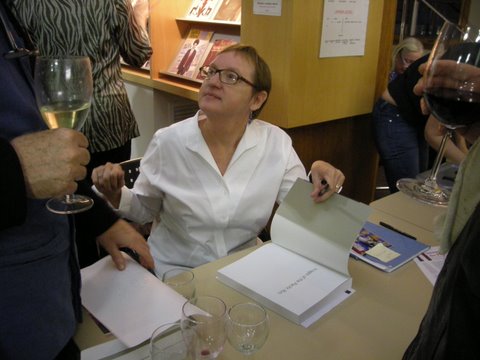 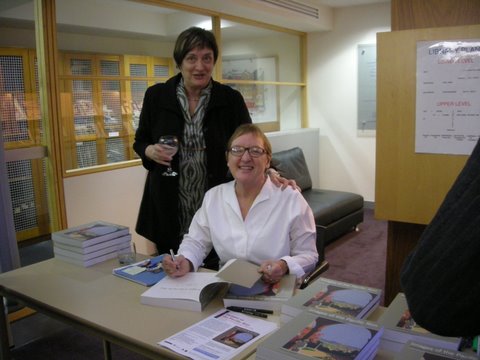 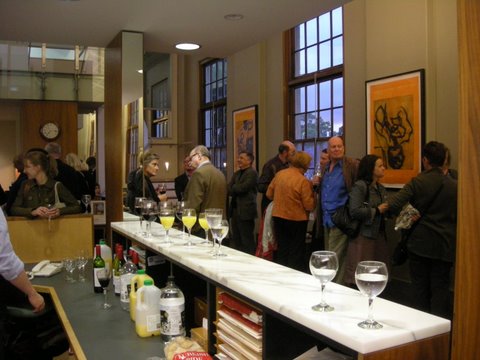 Launched by Robert Dixon, Professor of Australian Literature, University of Sydney.
I gave a public lecture in the Mills Lecture Theatre that immediately preceded the book launch.

The Power has produced the flier for the book!  Here's the pdf. 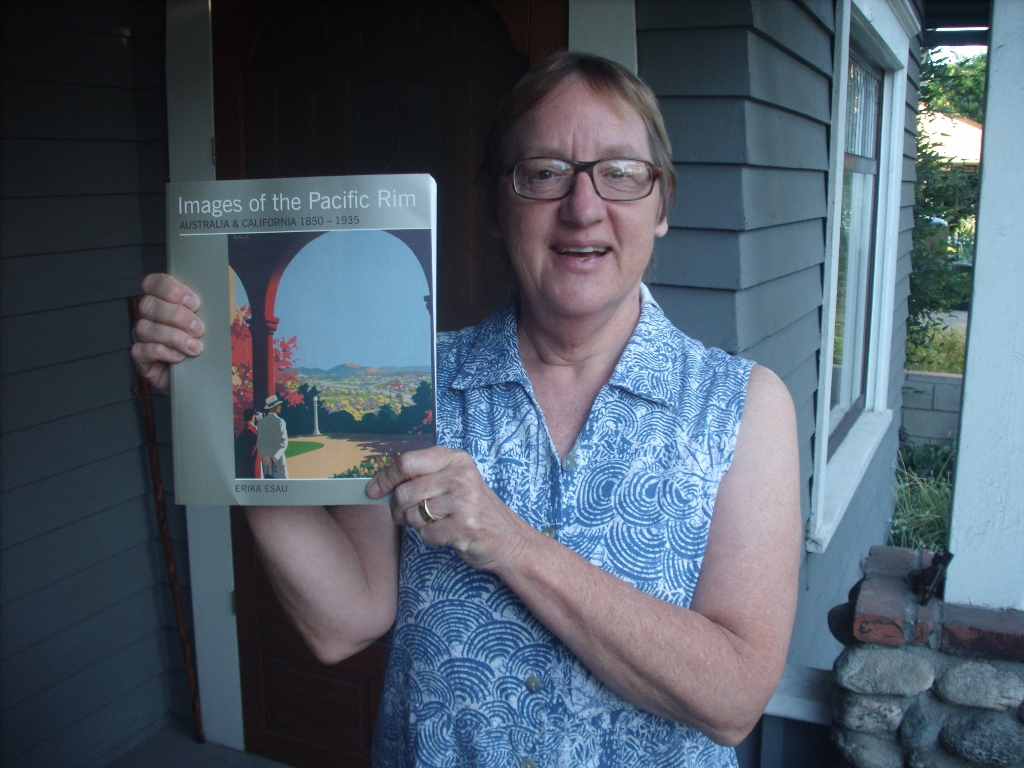 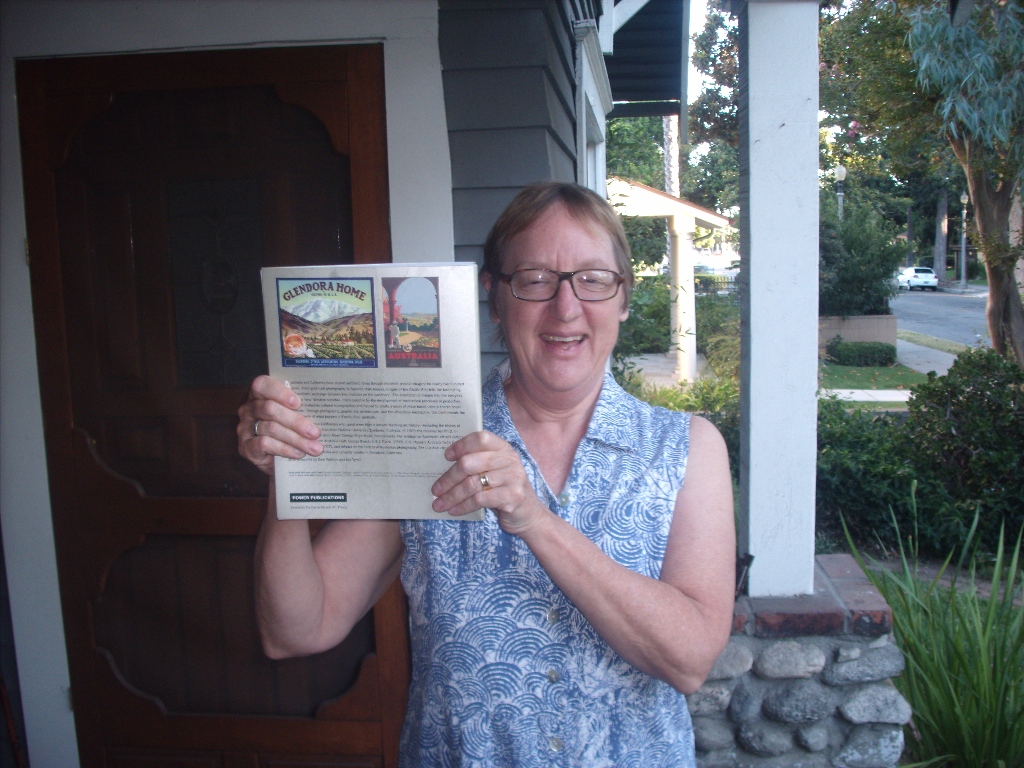 
Thanks to everyone who made the speaking tour so delightful! 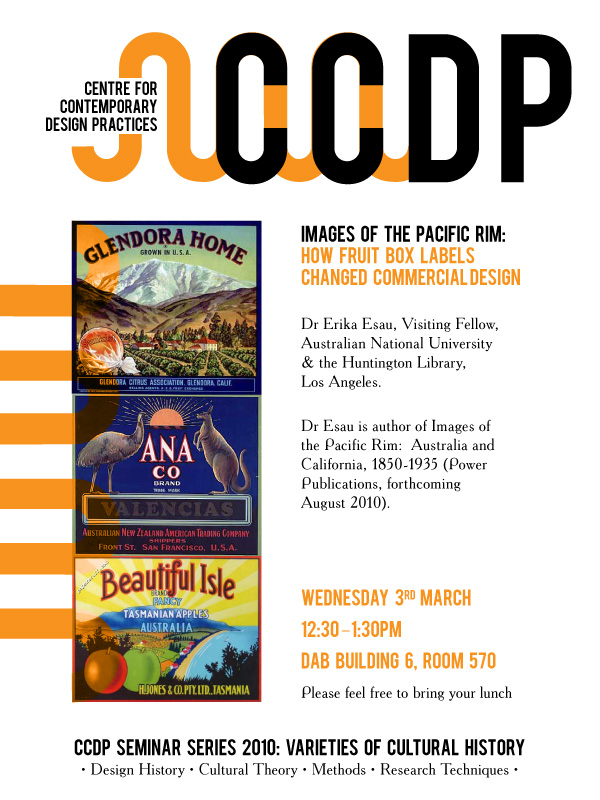 (What a nice invitation!  Click for the image larger below.)

Tuesday, 9 March, National Gallery of Australia, Canberra, noon:  "Rain, The City, and the Picturesque:  Charles Conder, William Smedley, and Artistic Exchange in the 1880s".  The NGA's announcement is in its Calendar.   G boards a bus to a flight from Sydney at 4:00 and lands in Los Angeles at 4:00.

Wednesday, 17 March, Ballarat Fine Art Gallery, Ballarat, noon:  "Bret Harte and Euchre in the Bush".  G, to little effect, pretends to be especially sad and lonely because on their 36th anniversary E was away.

Friday, 19 March, Faculty of Architecture, Melbourne University, in association with the Heritage Council of Victoria, Sisalkraft Theatre, Architecture Building, Melbourne University, 6 p.m.:  "Australia and California, 1850-1935" (drinks from 5.30).  G almost starves to death rather than die of hunger trying to get soul-food from a local take-away.

Saturday, 20 March, El Molino Ave., Pasadena, 5:30 p.m.: Ermalinda and George pretend to not communicate again while she cleans the house.